Construction of the new administration building enters its final phase

Today Murtfeldt Kunststoffe took a short time off to celebrate: At midday Managing Director Detlev Höhner launched the final phase of the major new build and renovation project, which has been generating plenty noise and demanding much in the way of improvisation for over a year now. "I should like to take this opportunity, together with everyone gathered here today, to thank the construction workers for their outstanding work that has brought us so far forward with this very important project, and also, I hope, to motivate them for this, the final phase," announced Detlev Höhner.

Murtfeldt Kunststoffe is constructing a new building in the east of Dortmund, directly adjacent to the Borussia Dortmund training grounds, which in future will offer ample space for parts of the administrative team and also offer the opportunity to appoint additional staff in the medium term. The core has also been largely removed from the old building, which was built in the 1970s, and in future will meet the standards for modern workplaces and spacious reception and meeting rooms.

In parallel to the modernisation of the administration building belonging to the traditional Dortmund company, which is celebrating its 60th anniversary in 2014, the high-bay warehouse is also being largely converted into a fully-automatically operating warehouse without high-bays. This restructuring will not only significantly reduce the handling times for customers' orders but will also significantly reduce fork-lift truck traffic and result in improved stock management. "A warehouse like this will have a positive effect on all our internal workflows and will help us to further increase productivity," stated Managing Director Detlev Höhner happily, commenting on the successful multi-million euro investment. An investment, which also represents a commitment to Dortmund and the company's traditional site.

Its ties with the local area are of great importance to Murtfeldt Kunststoffe. The Dortmund-based architect's firm SHA Scheffler Helbich Architekten designed the buildings, Rundholz Bauunternehmung was responsible for the conversion and new-build of the administration building while the company continued operating.

"I should like to thank Murtfeldt for their outstanding cooperation and the confidence they placed in our company. I should also like to thank my staff, whose
commitment and dedication have resulted in smooth workflows on site," explained Stefan Rundholz, Managing Director of RUNDHOLZ Bauunternehmung, the head office of which is only a kilometre away as the crow flies.

During the 1950s, Murtfeldt was already developing its "S" material, a plastic whose gliding and wear resistance properties are still unbeaten today. Since then, the Dortmund-based company has been characterised by its imaginative developments. Today, Murtfeldt is one of the leading producers of guide systems and slide-enabling, wear-resistant plastics worldwide. Murtfeldt products are used wherever products have to be packaged, filled and transported. With around 220 employees in Dortmund and subsidiaries in the Netherlands, Italy and the Czech Republic, sales representatives to advise customers on-site and further partners in almost every European country, Murtfeldt has a broad production, sales and service network. Comprehensive and professional advice, above all, is at the forefront of every single business relationship. Murtfeldt's internal Application Technology department constitutes a highly qualified advisory team, primarily consisting of machine construction engineers.

We are there for you as usual! 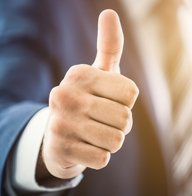 Murtfeldt Group is a strategic partner 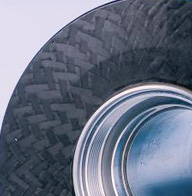 Overview of all news

Overview of all fair dates

Currently there are no trade fair dates

Murtfeldt's plastic products have been put to the challenge during everyday business and have frequently left behind a great impression. Thanks to the special properties of our materials, we are now practically indispensable in many sectors.

One click to your solution – Designing products together with TeamViewer

Instead of spending large amounts of time on their own drawings and designs: Efficient design with the help of the Murteldt CAD-Portal.